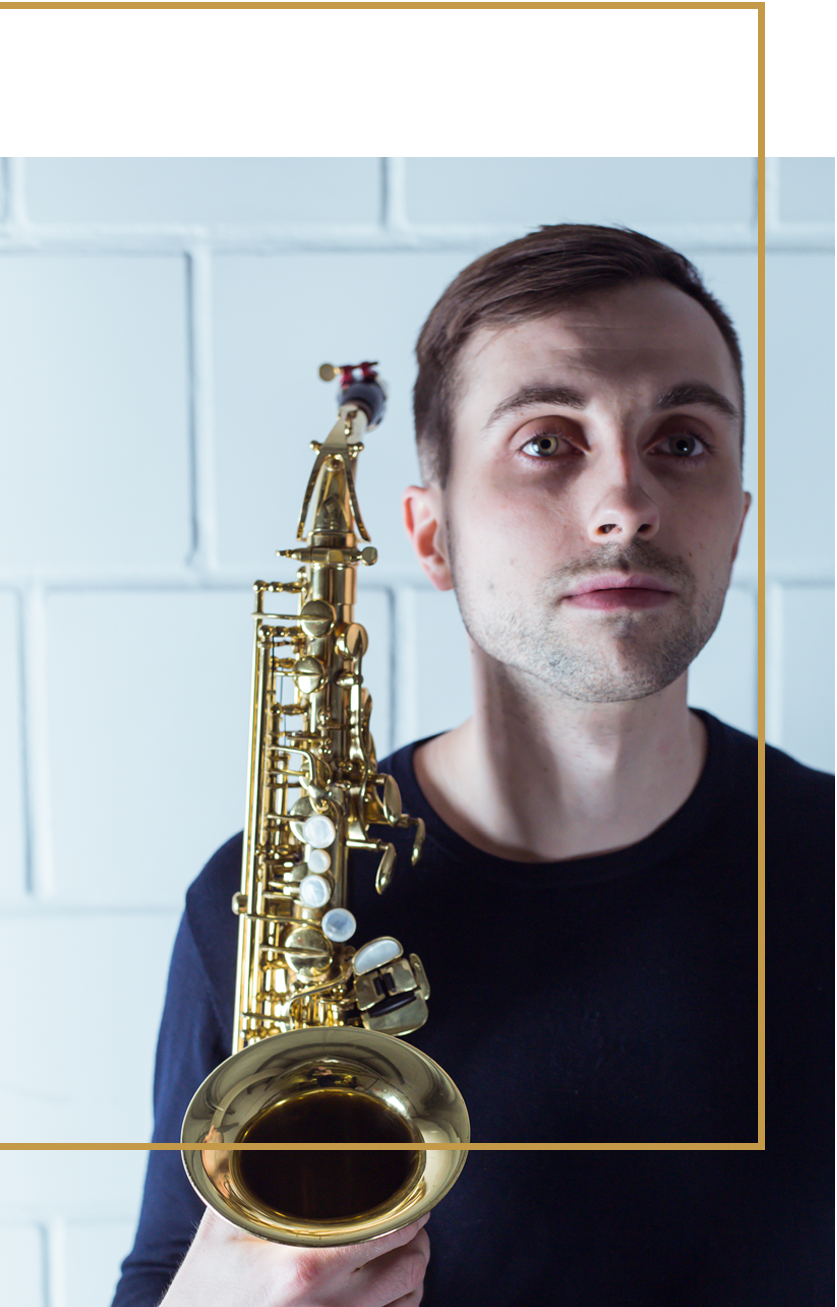 Polish saxophonist, a chamber musician who can take advantage of the saxophone possibilities.

He completed his education at the Fryderyk Chopin University of Warsaw, under the supervision of Paweł Gusnar, then in the classes of professors Alain Crepin and Simon Diricq at the Royal Conservatory of Brussels, where he received a diploma with honour. His time in Brussels allowed him to become familiar with the rich saxophone literature of French and Belgian composers, which has become his specialization.

He has had the honour to improve his skills working with artists such as Claude Delangle, Vincent David, Daniel Gauthier, Christian Wirth, Christophe Bois, Claus Olesen, Dragan Sremec, Bernard Steuer, Detlef Bensmann, and Andrzej Rzymkowski. Each of them has bestowed to Jakub a piece of their own musical sensitivity and unique technique, simultaneously encouraging him toward the further improvement of his method. He has performed as a soloist and a member of groups and orchestras in Europe, Asia, and the United States, giving concerts with exceptional musicians, and gaining valuable experience.

He participates in the foremost saxophone events, and is dedicated to developing his knowledge in classical and contemporary music.